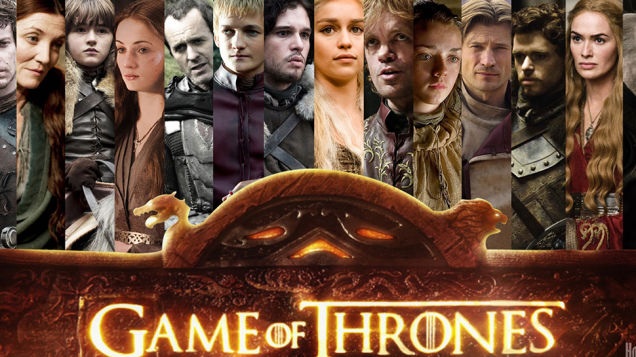 BRACKNELL, England — Unaccustomed to hosting more than Adventist conventions and the occasional student Shakespeare performance, the campus of England’s Newbold College appears poised for fame with the announcement that it will serve as a filming location for the HBO-produced “Game of Thrones” series.

As the season 5 premier of the fantasy drama series drew record viewing ratings around the world this week, show producers announced that the Adventist institution’s grounds will be featured heavily in the first half of the show’s sixth season, due for filming in the second half of 2015.

“Parts of Newbold’s campus are extremely picturesque and have a definite historical gravitas to them,” said “Game of Thrones” spokesperson Emilio Franco. “The bulk of the ‘Game of Thrones’ filming at Newbold will take place in and around the historic Moor Close and the picturesque Sylvia’s Gardens.”

With a per episode budget of $6-$8 million, “Game of Thrones” producers are said to have paid handsomely for the use of the Jacobethan Moor Close (built in 1881) and the adjoining gardens, both of which are listed in the UK’s National Register of Historical Parks and Gardens.

To capitalize on the PR momentum created by news of the filming, Newbold has even toyed with developing classes in its theology and humanities tracks which deal with the role of fantasy literature and film in the teaching of religious dogma.

Newbold students are said to be ecstatic about the administration’s decision to open up the campus to Game of Thrones film crews and have been sharing the news with jealous friends at other Adventist schools. “This move says a lot about Newbold’s willingness to experiment,” said Trans-European Division Education Department representative Inclaire Francis. “It will, no doubt, draw flocks of American transfer students who want to do an Adventist ‘Game of Thrones’ year.”

“Adventist institutions around the world are struggling to find new revenue streams,” said Newbold spokesperson Lis Gunnard. “We decided to take advantage of our agility as a smaller Adventist institution with little red tape and just pitched a ‘Game of Thrones’ location scout. They went for it. It turns out size really does matter.”