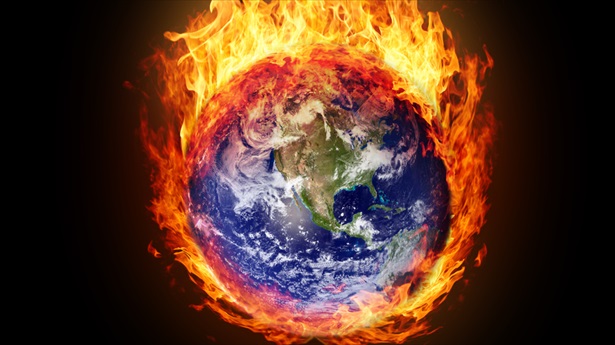 SILVER SPRING, Md. — Environmentally-conscious Adventists were shocked today as the General Conference released a statement on global warming stating that “environmental conservation and green energy efforts, while cute, are ultimately pointless as the whole world is going to burn anyway.”

The announcement immediately provoked an outcry from progressive Adventists who decried the short-timer outlook of current GC administrators. “In their ardour to stress the hereafter, Adventist leaders are allowing the world to go to hell,” said Andrews University-based Renewable Energy professor, Paward Greenely.

“We as Seventh-day Adventists believe the Second Coming is soon but it seems very self-serving to therefore ignore any real efforts at stewardship in the meantime,” said Greenely. “It doesn’t imply a lack of faith to show a little concern for the world around us. We would have a lot more credibility as a church if we’d been a little less blinkered over the last 150 years plus.”

General Conference officials have yet to respond to Greenley’s comments. They are said to be in round-the-clock meetings aimed at how to best utilize offering money to dump landfill loads of tracts and paperbacks on the doorsteps of complete strangers in major cities around the world.