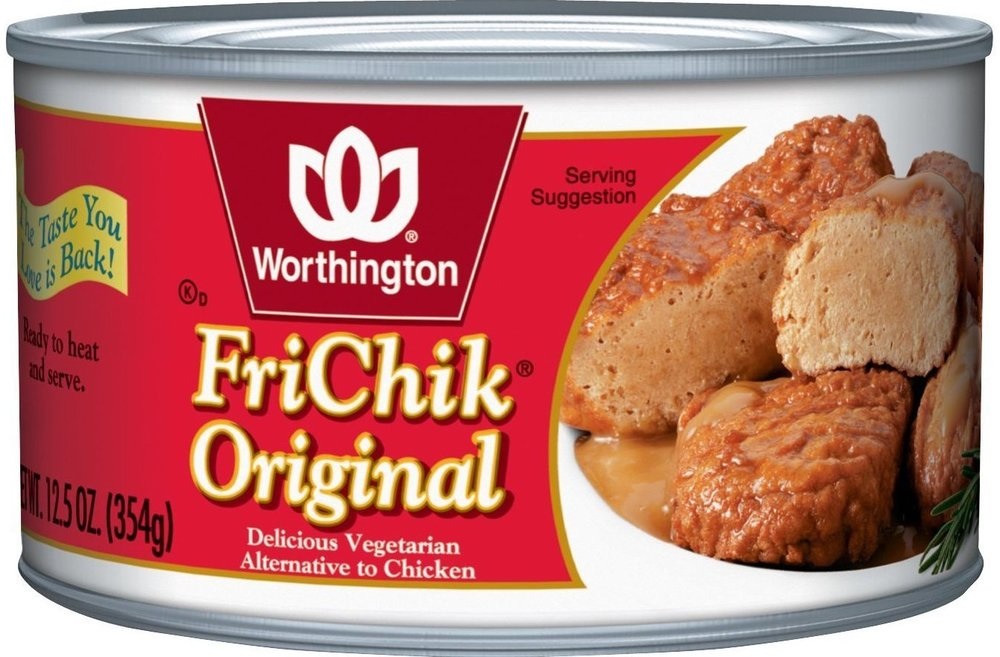 No strangers to the 40 Days of Prayer phenomenon, Adventist small groups across the United States are taking on a bold, entirely new challenge: 40 Days of FriChik.

“Few rituals bond us together more closely as Adventist brothers and sisters than popping open a can of FriChik,” said North American Division Personal Ministries Director Aima Chow who has personally led the 40 Days of FriChik movement from its infancy to full scale vegetarian gluttony in a matter of weeks.

“There’s something about a can of ultra-processed fake chicken that touches both our taste buds and our hearts,” said Chow.  “Once that sodium hits your lips you can’t help but love the fact that you are Adventist.”

While Chow openly admits that “even occasional snacking on FriChik is a helpful practice,” she insists that, as with the 40 Days of Prayer series, “spending 40 consecutive days eating FriChik with fellow believers will grow our mutual understanding of important truths that are hidden from the eyes of the casual Adventist veggie food consumer.”

Chow recommends that Adventist small groups sing ‘Side by Side We Stand’ as they devour what she calls “the most worthy Worthington product,” insisting that, since the beige, juicy bits of goodness are vegetarian, she “can think of no reason we won’t be eating FriChik in heaven.”