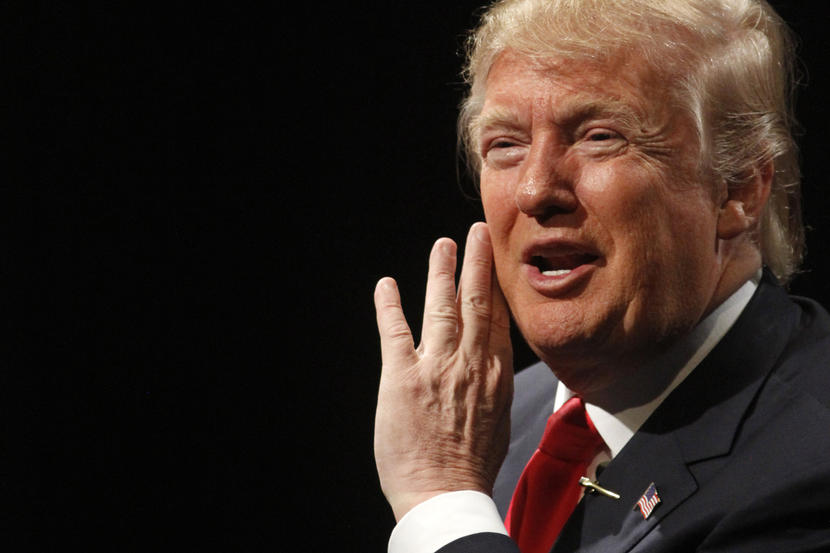 NEW YORK, N.Y. — After drawing fire this week for seeming to support a US registry of Muslims, real estate magnate and presidential candidate, Donald Trump has done what he usually does in the face of controversy: double down. He now says that he wouldn’t oppose a nationwide registry of Seventh-day Adventists either.

Trump says that the database of Adventists has nothing to do with religious extremism but would rather serve as a tool to solidify his polling lead over Seventh-day Adventist retired neurosurgeon and fellow presidential candidate, Ben Carson.

Since discovering Seventh-day Adventism a few weeks ago, Trump has decided that one of the best ways to blunt the threat of competition from Carson is to find ways to mobilize Carson’s denomination to support a Trump presidency instead.

Adventist leaders are highly skeptical of Trumps plans. “No Adventist is ever going to support anyone that wants to put us in some database,” said General Conference Religious Liberty spokesperson and avid mountaineer, Runfer Hiels.

“Besides, we’re not much help to Carson in the first place,” said Hiels. “If Trump knew anything about Adventists he’d know we’re about the least supportive voters an Adventist candidate could ever encounter.”