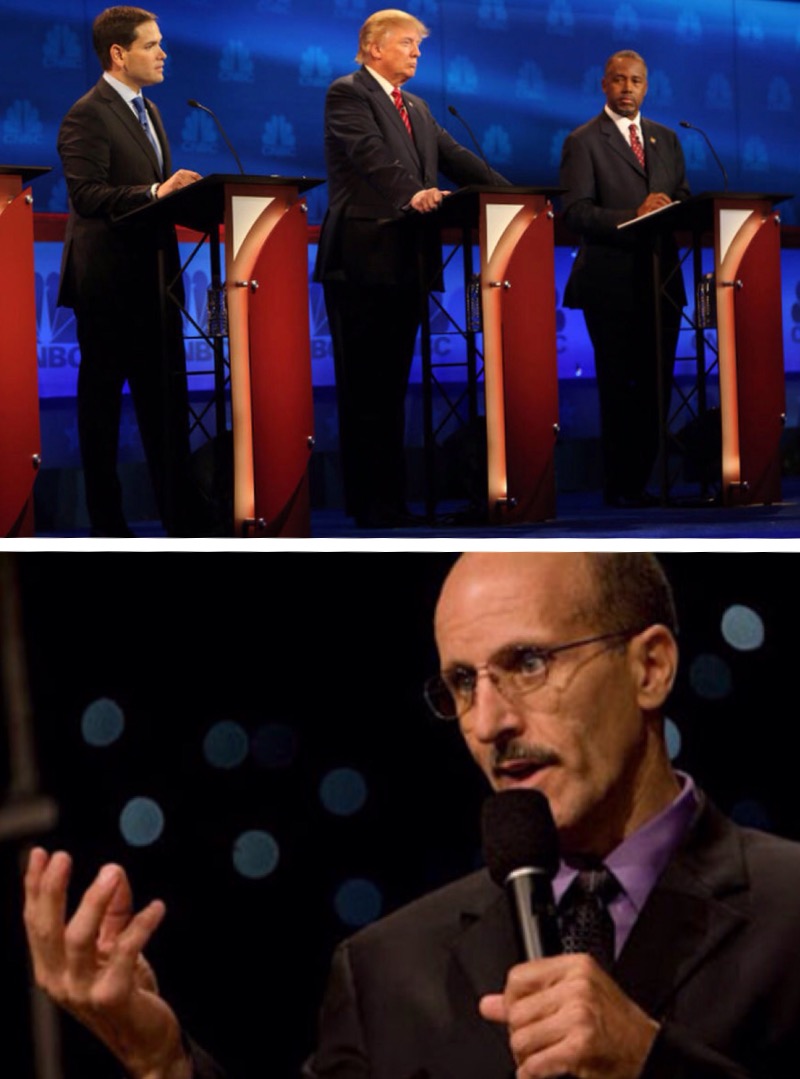 ROSEVILLE, Calif. — Adventist evangelist, Doug Batchelor has announced that Amazing Facts, his television ministry, will be hosting an upcoming Republican debate. The announcement came after the news that television network NBC would no longer be allowed to host GOP debates due to repeated candidate complaints about how the network and CNBC (owned by NBC) had handled debate questioning over the past months.

“We swooped right in and grabbed a vacant slot,” explained Batchelor who frequently comments on current events in his broadcasts. Although he did not announce the exact date of the debate, Batchelor said that he feels blessed to be the first Adventist to host a debate with the GOP candidates. “I’m going to ask every single one of them if they have any plans to bring in Sunday Law.”

Batchelor said that he will be grilling the candidates extra hard on religious liberty questions. “This may be the one chance we have as Adventists to question the Republican hopefuls on issues that we especially care about,” said Batchelor.

The veteran evangelist stressed that he specifically wants to hear from Adventist Republican candidate Dr. Ben Carson regarding how he plans on handling relations with the Vatican. “He is so lucky Pope Francis just visited the US,” said Batchelor. “That would have been an awkward visit for an Adventist US president to host.”