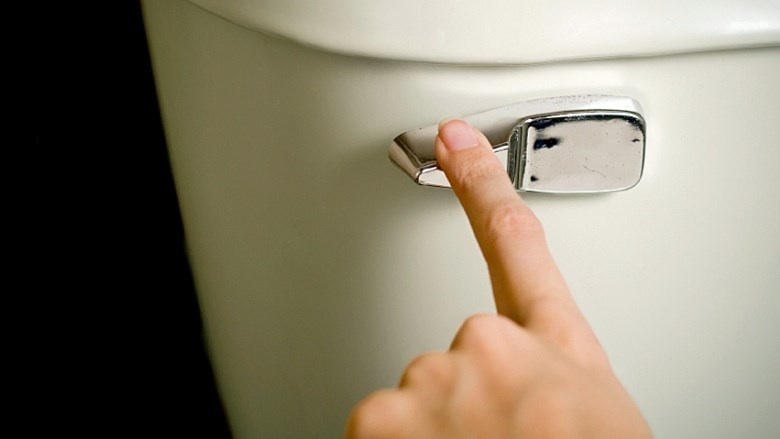 ANGWIN, Calif. — Tensions are at an all-time high between Northern California’s Pacific Union College and its sister institution to the south, La Sierra University. The firestarter for this most recent spat between the two higly competitive Adventist schools was a cleanliness campaign initiated by PUC’s Housekeeping Department.

Yesterday signs were put in every stall and above every urinal on PUC’s campus saying “Please flush, La Sierra needs the water.” Within hours, PUC’s administrators were fielding heated calls from their irate La Sierra counterparts.

“I had no idea they were so sensitive down there,” said Rory Menckens, PUC’s VP for Student Affairs. “It’s not exactly a secret that we have a water shortage in this state and that Southern California steals our water. Can’t they take a joke?”

“I don’t know what they are getting all hot and bothered about,” said PUC Housekeeping Director, Joel Treijer, defending his department’s now-notorious mesaaging campaign. “There’s never been much love lost between Northern and Southern California but I honestly wasn’t expecting La Sierra to even hear about our signs.”

On a brighter note, Treijer is happy to report that his staff are reporting significantly fresher-smelling rest rooms. “As soon as our campaign started, PUC students, faculty and staff have practically lined up to do their honest part.”

Special thanks to Macman for the story idea