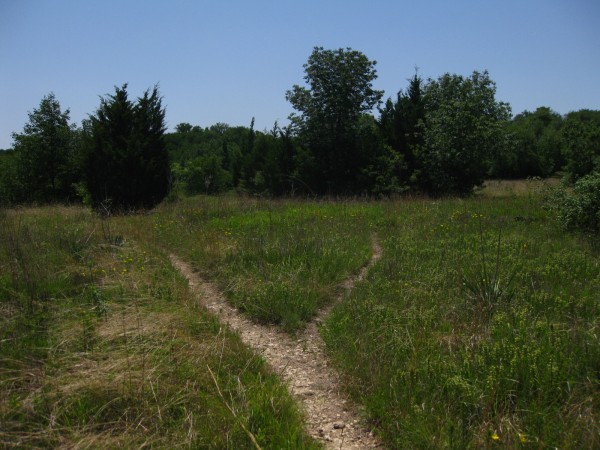 SIOUX FALLS, S.D. — A group of 28 exhausted Adventists has been rescued 24 hours after straying from a popular hiking trail.  “We were on a hike that was supposed to serve as training for the time of trouble,” said Rodney Fergusson, Coordinator for the local Run for the Hills chapter.

The organization, based at Oak Hill Adventist Church, had recruited 25 of the church’s most paranoid members for the excursion.

“It would all have gone fine if it weren’t for Brother Rodney who is such an over-achiever,” said Edith Trumley, Treasurer for the chapter.  “He decided we should take a shortcut to the official mid-way point…. something about how, if we really were fleeing persecution, we wouldn’t stick to the official trail anyway.”

The first 45 minutes or so of the off-trail adventure were reportedly pleasant.  Rodney enthusiastically led the group in several chipper hymns including a particularly rousing rendition of “Onward Christian Soldiers.”

However, as the group encountered thicker and thicker vegetation and spotted what Elma Smith swore up and down was “bonafide puma poop”, things got a little jittery.  “Even Rodney seemed to be a bit spooked and started singing in a higher key,” reported Edith.

An hour or so after straying off the path the group was hopelessly lost, and everyone was furious at Rodney for insisting that no one could bring GPSs because the satellite connection would “make us sitting ducks in the time of trouble.”

“We were also bummed that we had left behind all the Pathfinders because nobody had the first clue about orienteering,” said Elma.

Wisdom eventually prevailed and the group decided to stay put and brainstorm ways to signal for help.  Smoke signals were not possible because nobody had any matches.  Rodney volunteered to put his over-sized parka on a nearby tree branch but nobody thought it would help.  No one else could think of anything.

Exasperated, the group survived on Little Debbie snack cakes, sunflower seeds and sips of Gatorade for 24 hours while they sat in a circle, silently judging Rodney.

At approximately 6:30 AM the next day a helicopter came directly to the rescue.

It was later revealed that Meredith Powell, an avid canner and one of the most pious members of the group, had snuck off under the guise of a bathroom break and called 911 from her cell phone that she had smuggled along unbeknownst to Rodney.  Emergency services quickly triangulated the group’s location and dispatched the chopper.

Quick Reminder for the Comment Section: Every post on BarelyAdventist is satirical. As in, the news story you just read was not literally real. The “satrically Adventist” tag and the “About” section make that abundantly clear. This blog is written by committed Adventists that believe that humor is a great way to discuss Adventist culture and issues. This it not a place for hotheads. Rude, judgmental comments or other attacks will be deleted. On the other hand, if you feel you can contribute to the discussion in a constructive and friendly “inside voice”, then have at it!