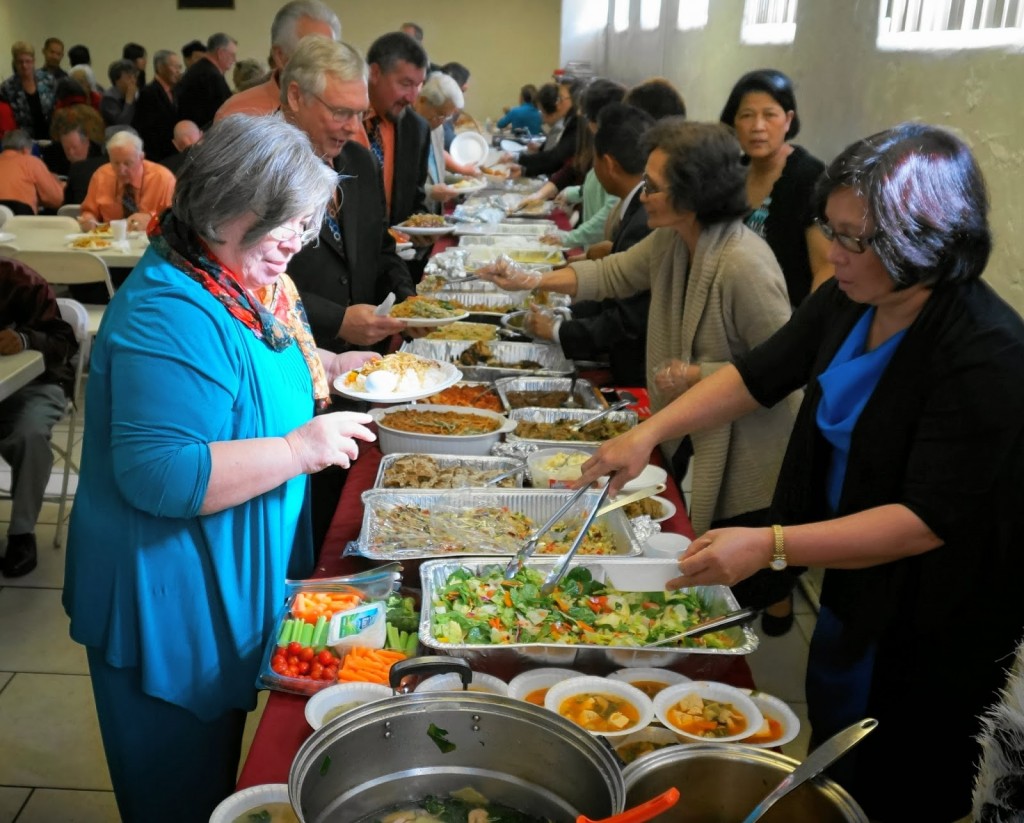 Recently-mandated potluck exit surveys show that 90% of Adventists around the world are carrying a vague sense of guilt about their conduct at last Sabbath’s potluck.

Whether survey respondents hailed from churches in the United Kingdom, Uganda or Utah, a common sentiment was that of remorse over having grossly over-eaten. Analysts warn that exit data shows a steady decrease in members’ ability to resist third and even fourth trips up to the potluck table.

“I always want to be fair and sample everyone’s dishes,” explained Betty Adams of London-based Wimbledon Seventh-day Adventist Church. “As much as I try to keep my portions small, I can barely walk out the fellowship hall door by the end of potluck. I think I might have to transfer to a smaller church.”

Analysts point out that survey data also shows regionally-specific potluck guilt. “North American Adventists have a tendency to skimp on salad servings and over-invest in Special K Loaf,” said GC Potluck Data Director, Manny Juarez. “It’s OK to have a favorite dish but no matter how you slice it, that much cereal and cottage cheese cannot be healthy.”

Juarez added that while the data clearly demonstrates a need for potluck reform, no major church policy changes are anticipated before the 2015 General Conference Session. “No major church leader can afford to champion the cause of potluck restraint. It would cost them the election.”