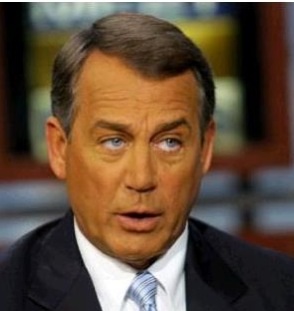 HUNTSVILLE, Ala. — Speaker of the United States House of Representatives John Boehner will be visiting Oakwood University to speak to the historically black university’s White Student Association (WSA) at their first major event for the 2014 – 2015 school year. Speaker Boehner’s press office released a statement saying that his topic would be “Results-Driven Tanning Practices.”

“Being white at an historically black university puts some pressure on you to at least walk around with a half-way decent tan,” said WSA President and Junior Communications Major, Hunter Blanche. “Nobody in America is quite as dedicated to tanning as John Boehner so we are delighted that he has taken us up on our speaking invitation.”

“This is a man who is as dedicated to tanning as he is to politics,” said Sophomore English Major and WSA Director of Public Relations, Holly Mosley. “We ask everyone to put aside their partisan differences for an evening and come listen to Speaker Boehner, a political leader who literally is orange from tanning.”

The WSA event, scheduled for October 1 is open to anyone who would like to attend.