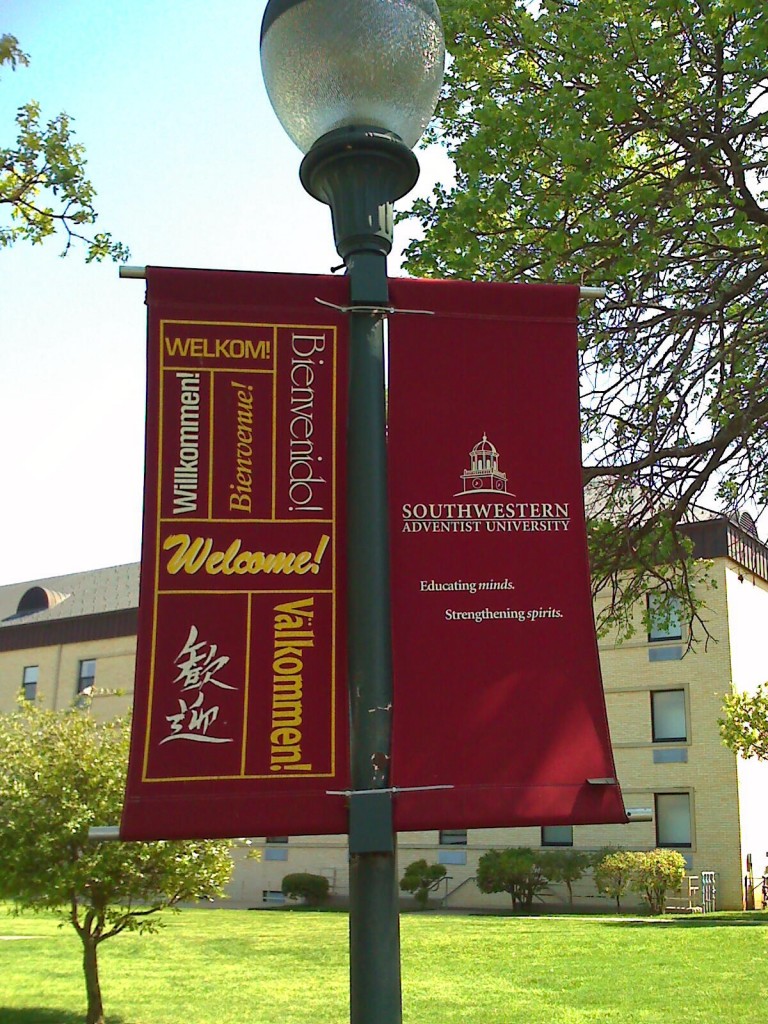 KEANE, Texas — The Office of Admissions at Southwestern Adventist University has announced that new students for the 2014-2015 academic year will be required to register with the Republican Party before the start of the Fall semester.

The announcement comes mere weeks after Republican Senator Ted Cruz spoke for the May 2014 Commencement Weekend. The Tea Party favorite spoke to capacity crowds with many overflow rooms packed to the brim.

“The overwhelmingly positive reaction to Senator Cruz’s visit to our campus only serves to affirm our vision of an institution completely aligned with godly politics,” said university spokesperson Bret Fitch.

Administration has announced that existing students registered as Democrats or Independents will be allowed to return as students in the fall but only with the understanding that they will not vote in the midterm elections.

“For too long now, we as Adventists have been so afraid of disturbing the Separation of Church and State that we have forgotten the importance of teaching our young the difference between Republican politics and all the evil options out there,” said Southwestern Political Science Professor, Jim Stanster, Ph.D.

“Understand, we are not forcing anyone to vote; the requirement for new students is just a question of registration,” said Stanster. “All our students will be completely free to decide. They can vote Republican this autumn or just not vote.”