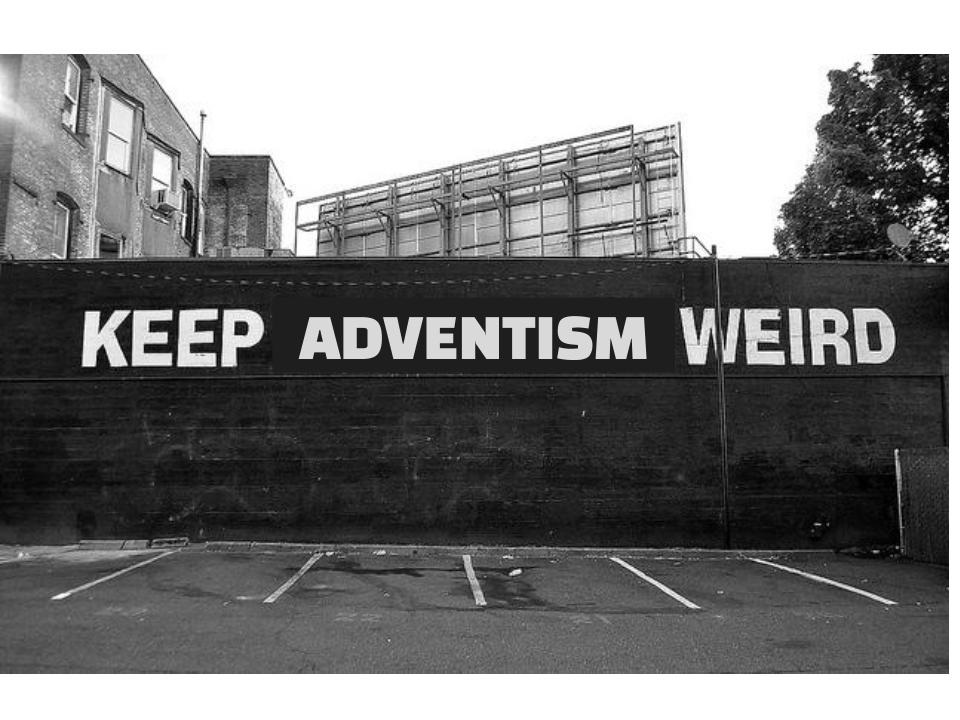 PORTLAND, Ore. — Inspired by the wildly-popular “Keep Portland Weird” slogan that has done wonders for the city’s tourism, Portland-based Adventists have decided to promote Adventism’s quirks as its best features.

“Listen, we are called to be a people set apart, so why not play up the peculiar?” said Keep Adventism Weird Creative Director Shawn Bluntt. “Weird is the new wonderful!”

“This isn’t exactly going to be music to the ears of our more ecumenically-minded members, but they can just take a chill pill,” said General Conference President Ted Wilson, who volunteered to chair the Keep Adventism Weird Board of Directors.  “I tell ya, this whole ‘fitting in’ thing is a slippery slope.  If we don’t watch it, we are going to completely lose the concept of the pre-sundown Sabbath bath on Friday.  I talk to Adventist academy kids about it, and most of them look at me like I’m crazy.”

General Conference support has added momentum to the Keep Adventism Weird campaign which is drawing larger and larger crowds at its weekly events.

“Who else can say that they invented cornflakes?” hollered Bluntt into a megaphone at a Saturday night rally. “Who else sucks as bad at college-level professional sports? Who else has come up with vegetarian or non-alcoholic versions of all the world’s most popular ingestibles? Who does a worse job of celebrating Easter? Who’s got bigger libraries of red books? Who else can boast such a huge network of schools in the least interesting backwaters of as many countries? Who can beat us at non-competitive steal the flag??”

“NOBODY!” yelled  a crowd of excited young Portlanders dressed as if it were 1876. As Bluntt whipped the crowd into a frenzy, a huge ceiling-mounted “Keep Adventism Weird” banner unfurled from the ceiling to massive applause.

“This is the proudest night of my life. Never again will I hide my light under a bushel,” said 23-year-old Max Davis, sipping Roma at the rally’s after-party.  “It’s time for the world to see that I rock at Rook!”